The American Defense Service Medal was a military award of the United States Armed Forces, established by Executive Order 8808, by President Franklin D. Roosevelt, on June 28, 1941.[1][2] The medal was intended to recognize those military service members who had served on active duty between September 8, 1939, and December 7, 1941. A similar medal, known as the American Campaign Medal, was established in 1942, for service in the American Theater during the World War II era. 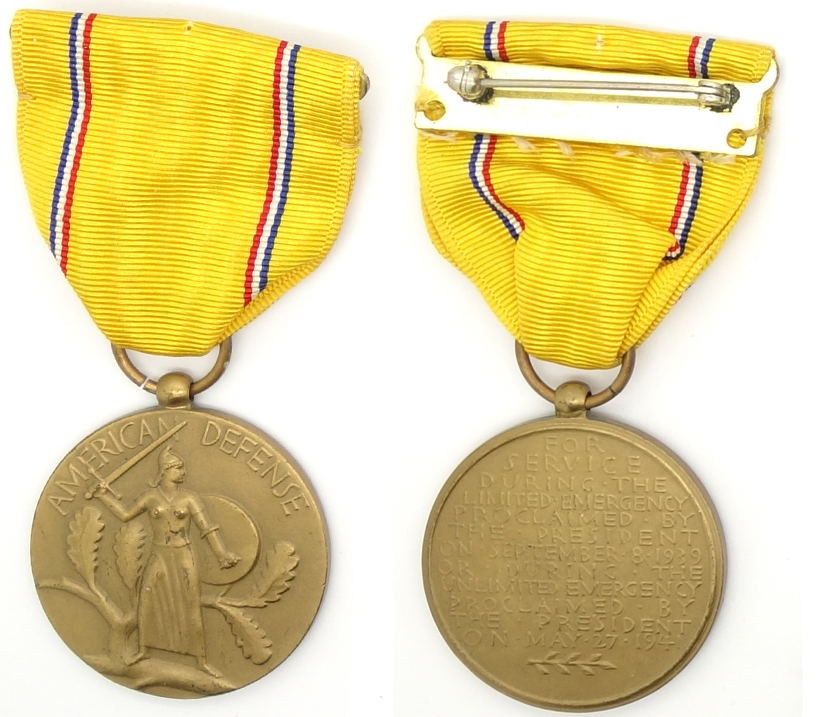