British Military Operations 1945 - 1984 Hardcover Book, John Pimlott (Editor) More than 260 illustrations. Most British people would consider that their country has been at peace since the end of World War II but, in fact, British forces have been involved in fighting somewhere in the world in every year since 1945 with the exception of 1968. The geographical range and variety of military tasks involved during these operations has been immense. The major campaigns in Korea, Suez and the recent spectacular success in the Falklands can be set against peacekeeping duties in Zimbabwe/Rhodesia and Beirut or the bitter and controversial commitment of troops to Northern Ireland. No Western country has had as much experience in counter-insurgency or low-intensity operations in situations as diverse as Palestine 1945-48, the Mau-Mau troubles in Kenya or the EOKA campaign in Cyprus. Indeed the defeat of the communist terrorists in Malaya in the 1950s and the successful aid to Oman in the early 1970s are the only occasions when pro-Western governments have won a clear victory in such struggles. British Military Operations 1945-84 provides a unique guide to Britain's role in all these conflicts and many others as well as explaining Britain's role within the NATO alliance. The strategies and tactics of each major campaign and battle are fully discussed along with the development of the counter-insurgency and counter-terrorist techniques in which Britain is a world leader. The authoritative text by a team of leading experts is fully complemented by a wide range of carefully selected photographs and together they make up a work that no student of contemporary history or military affairs can afford to be without.
It’s a heavy book making shipping is expensive. 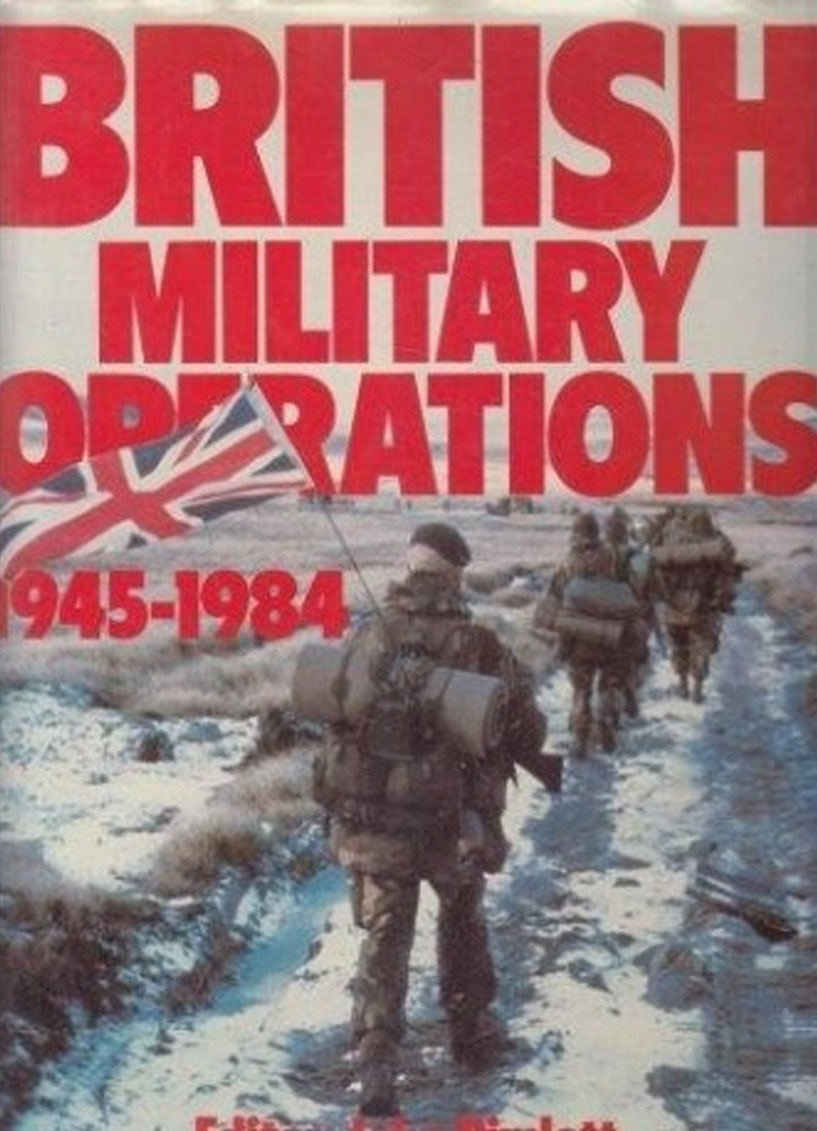