Luftwaffe Krimschild by Unknown Maker 1.18. The Krim (Crimea) Campaign Arm Shield was instituted on July 25th 1942 by Adolf Hitler. It was awarded to commemorate all members (Air Force, Navy and Army) who took part in an honorable way of fighting for the Crimean Peninsula, between September 21 1941 and July 4 1942. It is constructed out of a die stamped steel base that has been bronzed washed and has four prongs that are attached to a steel sheet metal plate hidden by a blue-grey wool and a glued on black paper backing. The shield shaped obverse depicts an open winged national eagle clutching a wreathed swastika in its talons which is beside “1941” and “1942” and is above the Crimean peninsula which is marked “Krim” and is all surrounded by a blue-gray cloth backing. The reverse shows the black glued on paper backing. Minor oxidization. It measures approximately 3 inches high by 2 5/8 inches wide. See page 72 of Weber's “The Krim Shield”. Much rarer than the Army issued Shield! 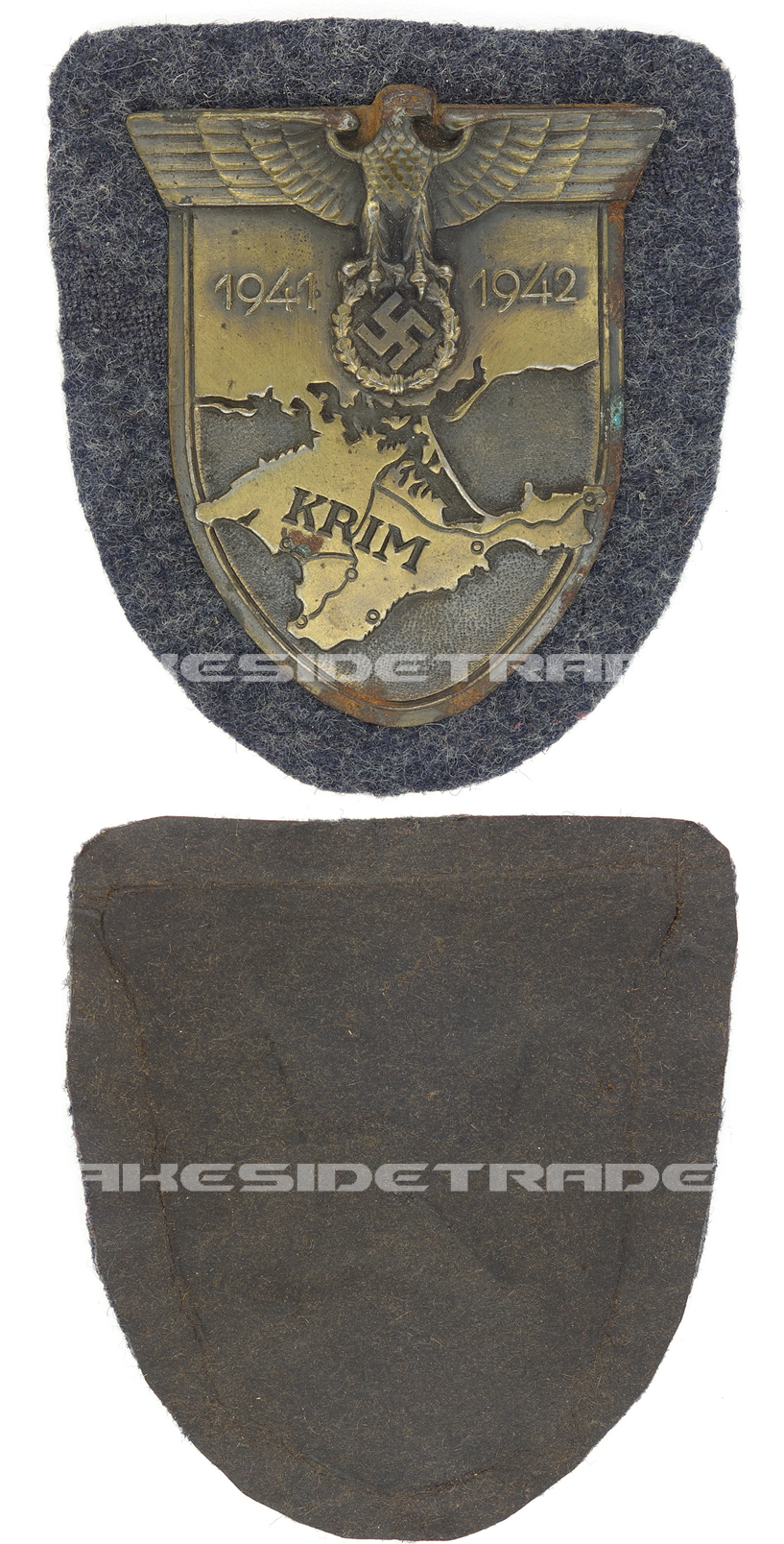