Hindenburg Cross without Swords by GWL

Ehrenkreuz für Kriegsteilnehmer – ohne Schwerter by Gebruder Wegerhoff of Lüdenscheid. This was awarded “To commemorate the imperishable achievements of the German people during the World Wars 1914/1918 I donate an honorary cross for all participants in the war as well as for the widows and parents of fallen, died from the wounding or in captivity or lost war veterans.”. The last one was awarded in 1944. It is constructed out of a die struck iron base that has been bronze plated. The obverse depicts a centrally placed “1914 1918” surrounded by a laurel leaf and berry wreath, that is open at the top and tied together at the bottom, which is in front of a pattée style cross. The full back reverse features an embossed maker mark which reads: “GWL”. The top has an integral bent over loop and ring which holds approximately 3 1/2 inches of black, white and red, soiled rayon ribbon. The award measures 1 ½ inches wide and tall. Rarer than the Hindenburg cross with swords… 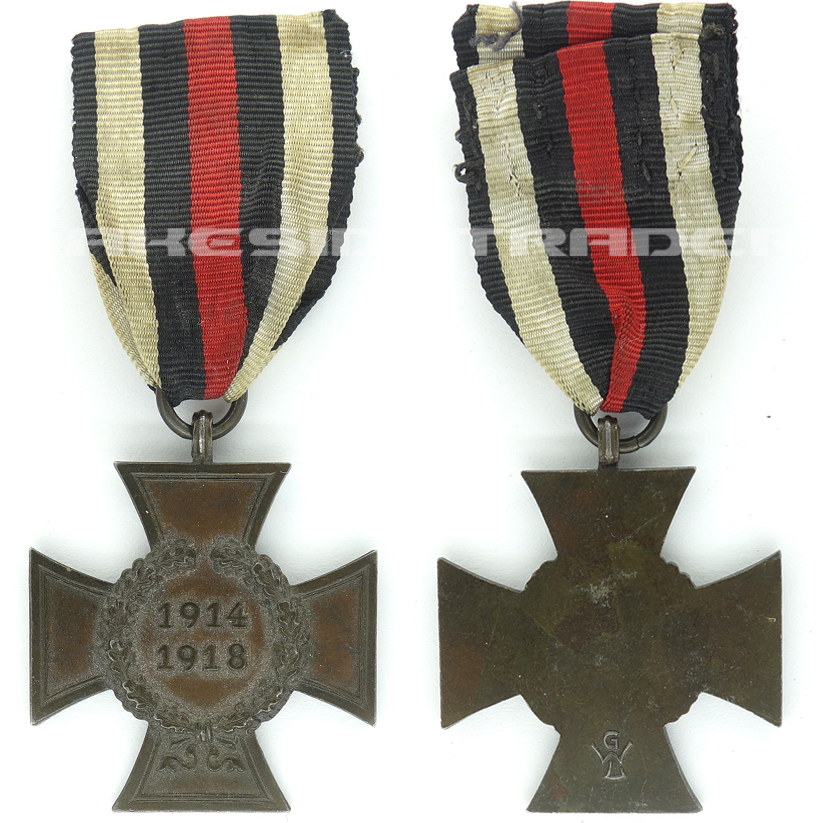