The Defence Medal is a campaign medal instituted by the United Kingdom in May 1945, to be awarded to subjects of the British Commonwealth for both non-operational military and certain types of civilian war service during the Second World War.It is constructed out of a die struck 80% silver base. The round shaped obverse features the bareheaded, facing left, coinage effigy of King George VI surrounded by: “GEORGIVS VI D: BR: OMN: REX F: D: IND: IMP”. The reverse features the Royal Crown rests on the stump of an oak tree, flanked by a lion and a lioness, with “1939” (top-left) and “1945” (top right) and “The Defence Medal” to the bottom. The top features a plain, straight, non-swiveling suspender with a single-toed claw that holds 1 5/8 inches of green, black and orange ribbon. The medal measures 1 7/16 inches in diameter. Nice patina. 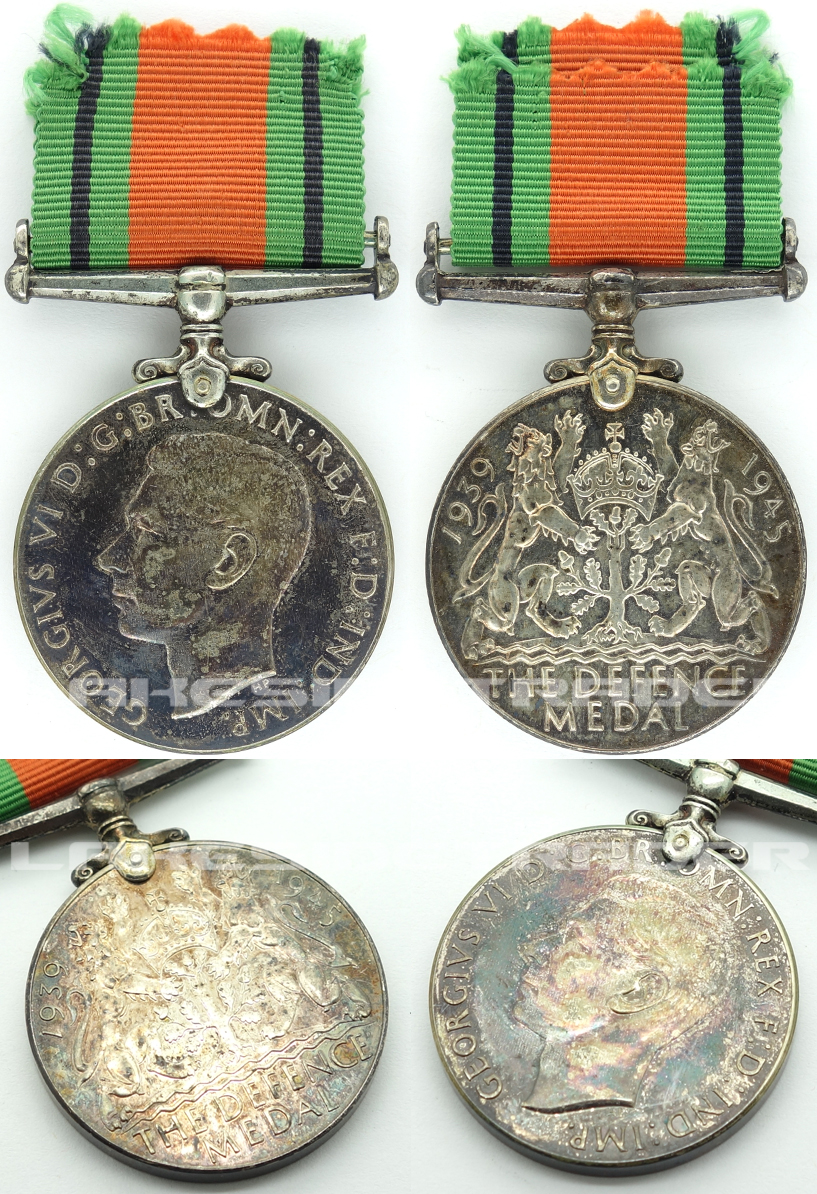