Uniforms & Equipment of the Imperial German Army 1900-1918: A Study in Period Photographs (Schiffer Military History) Hardcover – Illustrated, October 20, 1999 Uniforms and Equipment of the Imperial German Army 1900-1918: A Study in Period Photographs, contains over 500 never before published photographic images of Imperial German military subjects. This initial volume, of a continuing study, features formal studio portraits of pre-war dress and wartime uniforms of all arms. It also contains photo postal cards taken in the field of Infantry, Pionier, Telegraph-Signal, Landsturm and Mountain Troops, Vehicles, Artillery, Musicians, the Bavarian Leib Regiment, specialized uniforms and insignia, small arms close-ups, unmotorized transport, group shots and Balloon troops. Also included is a sixty page full-color uniform section reproduced from the rare 1914 plates by Major Arthur Schmidt of Infanterie Regiment Nr. 172, and shows that uniform color was still in evidence, mixed with the somber Feldgrau. Each photo caption has been carefully and completely researched affording the reader information not to be found in any other single source. An introduction to the complex army service commitments, a general uniform description and a selected bibliography make this a must volume for the serious military historian, collector, and World War I re-enactor. 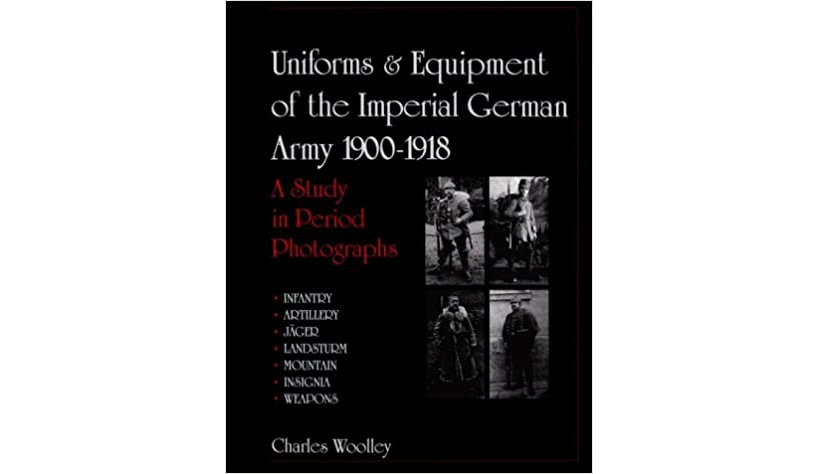